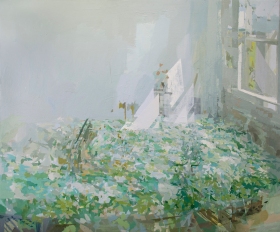 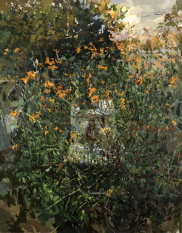 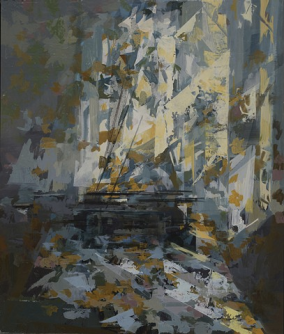 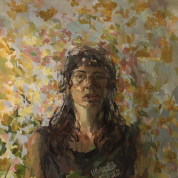 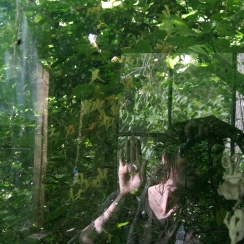 Stephanie Pierce’s observation-based paintings explore relationships between light, time, perception, and reality as it is reconsidered over time. Stephanie’s work is represented by Steven Harvey Fine Art Projects in NY, and Alpha Gallery in Boston. She has exhibited at The Henry Art Gallery, Seattle; Blindfold Gallery, Seattle; The Staten Island Museum, NY; Asheville Art Museum, NC; Space Gallery, Portland; and Art Chicago. In 2014, Stephanie received a Joan Mitchell Foundation Painters and Sculptors Grant. Her work has been published in the New Yorker Magazine and is included in the collections of William Dreyfus, Joan and Roger Sonnabend, Museum of Fine Arts Boston, and the Boston Public Library. She received her MFA from the University of Washington in Seattle, BFA from The Art Institute of Boston, and attended the Yale Norfolk Summer School of Art. Stephanie is an Assistant Professor of Painting at the Fashion Institute of Technology in NYC.

ARTIST STATEMENT
My observation-based paintings explore interrelationships between light, time, and sound, as well as perception and how reality can be represented as it is reconsidered over time. As light moves through space in a continuous wave, I respond to changes that occur. Overlapping moments are caught in suspension as fragments of color and shape that change with the progression of each day. It’s important to me that the fragments have distinguishable edges; what you are looking at is a record of ongoing transitions, rather than a seamless illusion of a single moment. More recently I have been exploring these ideas through collage.

A work may take up to a year to complete and span several seasons. I’m interested in how, over time, the density and complexity of the space intensifies and edges echo as they are restated several times. At the same time, information breaks down and a loss of solidity of the image occurs, giving a sense of form and space that are at once material and immaterial. The paintings are concrete statements that convey transition and offer multiple readings of what is seen.

Each painting deals with its own set of problems or references, including literature, music, and memory. I look for opportunities to get lost in phenomena that can be observed within the mundane and seek subject matter that I see as transformative, and may also point to ideas of time and sound. I embrace the idea that it is impossible to entirely understand or encompass what is experienced, and that painting is in a perpetual state of becoming. When the paintings have a complicated visual intensity and buzz loudly, I step away. Simultaneity, coalescence, or crystallization of an emotional light, are the result of the unmapped course each painting takes. 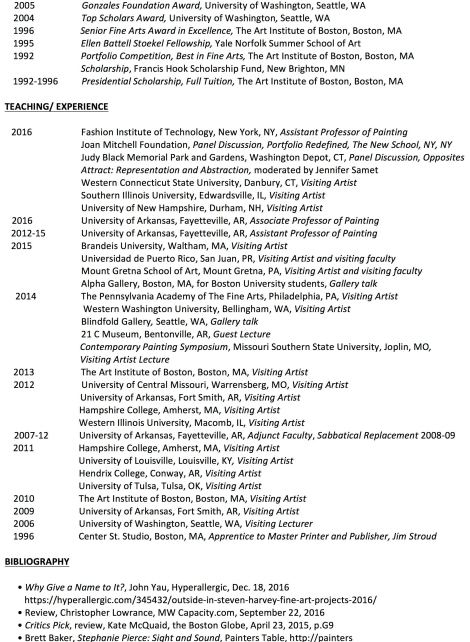 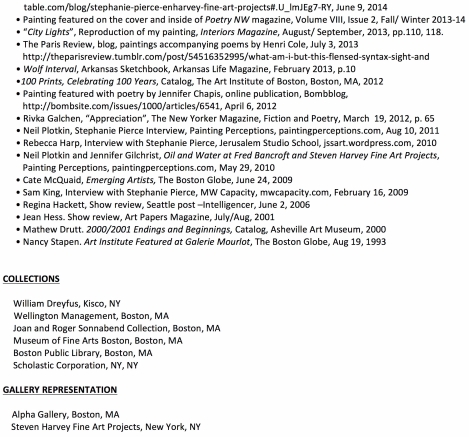