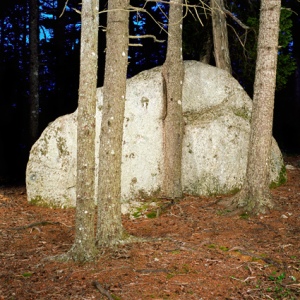 The world captured in David Graham’s photography is often noted for it’s colorful celebration of America’s visual ego—a nation in perpetual adolescence with bold ambition and often comically proud self-expression.  His eye is drawn to narrative juxtapositions to which only a camera (his) can give voice.  The forms he sees have a sort of elastic viability.  Even the carnage of storms and dilapidation from time appears enthusiastic if not gymnastic in certain mangled subjects.  But the affable character in the environments Graham explores is not limited to human constructions—even his landscapes twinkle with that bit of spritely comedy.  The world in front of his lens is a constant performance and David Graham knows how to cheer it on.

David Graham (born Abington PA 1952) is a professor at the University of the Arts in Philadelphia, PA. He is also a freelance photographer, shooting for magazines such as Time, Newsweek, Details, The New York Times Magazine, Fortune and The Washington Post Magazine. He has had eight books of his photographs published, including, most recently, Almost Paradise, Pond Press 2008. His photographs can also be found in the collections of the Museum of Modern Art, the Art Institute of Chicago, and the Philadelphia Museum of Art among others. He is represented by Gallery 339 in Philadelphia.