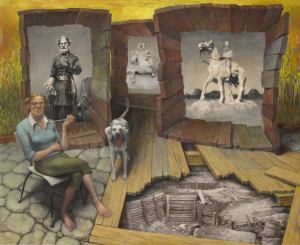 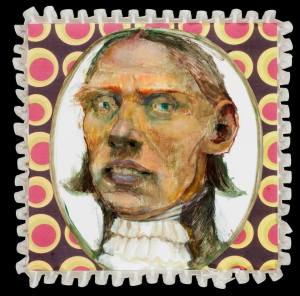 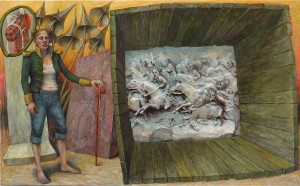 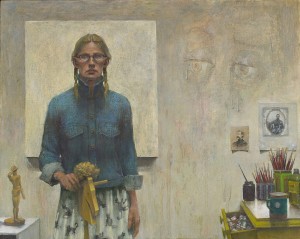 Tina Newberry (American, born 1954) casts herself in her paintings as a variety of characters set in often discordant environments. Through her array of personas Newberry is able to achieve that which seems impossible in reality and expose herself openly and shamelessly. Her paintings are playful yet serious, assertive yet ambiguous, and darkly humorous. Employing painting techniques of both 17th century Dutch artists and the Philadelphia school of the 19th century, Newberry uses these tradition-bound methods to present the quirks and conceits of the modern era.  In 1977, Newberry received her Bachelor of Fine Arts from the University of New Mexico, Albuquerque, NM, and in 1986 received her Master of Fine Arts in Painting from Indiana University, Bloomington.

Tina Newberry is an associate professor at Indiana University Bloomington.  She is represented by Hemphill Fine Arts and Schmidt Dean Gallery.